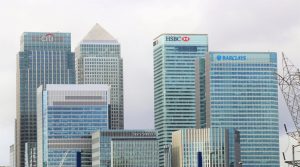 In the U.S. alone, roughly $300 billion is laundered each year, and this represents about 15-38% of the money laundered globally. Money laundering is a growing issue and the amount of money that can move through a single laundering operation is significant. Because of this, security measures, such as AML, should be in place to verify the identity of those requesting funds to prevent fraud.

AML stands for Anti-Money Laundering and refers to the variety of security measures taken by banks to reduce the risk of inadvertently allowing criminals to open accounts and disguise ill-gotten funds as legitimate income.

Why Have AML Processes in Banking?

The Financial Action Task Force (FATF) is a global organization founded in the late 1980s to combat money laundering. According to the FATF, member countries must enact and enforce anti-money laundering (AML) legislation. After September 11, 2001, countries around the world came together in the war on terror, terrorism funding, and related financial crime. As a result of the new threat of global terror networks, the FATF amended its recommendations to empower member countries to act against international terrorist financing.

When money is discovered to be connected to financial crime, the government is to confiscate it and prosecute the criminals involved. All member countries must maintain a financial unit that processes criminal complaints and oversees investigations into possible financial crimes. They must also cooperate with other member countries when it comes to fighting money laundering across borders, including in the prosecution of international crimes.

As part of the FATF, the U.S. federal government has passed legislation requiring banks to help in that fight. Banks are mandated by government law to make it more difficult for criminals to use the U.S. financial system to carry out their laundering schemes. Fortunately, AML technologies can make the process of ID verification and other AML measures far easier and more accurate than manual processes.

The Role of ID Verification in AML

ID verification is a key part of the AML process. The FATF requires financial institutions in participating countries to comply with national, state, and local Know-Your-Customer (KYC) regulations and verify their customers’ identities. Banks must verify the identity of new and existing customers with reasonable certainty, making sure the applicant’s claimed identity matches their actual identity in real life.

Banks must also keep records of any customer considered at high risk of engaging in corruption. This is where the concept of a politically exposed person (PEP) comes from. A PEP is an individual in a position of high political power. They are automatically considered high-risk individuals for banks because they are more likely to be connected to politically-motivated financial crimes. Banks must monitor PEPs and other high-risk customers (such as Designated Non-Financial Businesses and Processions) and, if needed, report on them to authorities.

Following AML regulations is critical for banks to protect the integrity of the financial system and their reputations. However, AML regulations are also a source of frustration for both the institutions that follow them and the customers that must navigate the security protocols. Many banks also report that AML regulations are burdensome, expensive, and labor-intensive. Some even question the effectiveness and cost associated with following these regulations.

While some of those complaints have merit, there are several good reasons for banks to continue complying with AML regulations. First, the penalties for not following them can easily amount to millions of dollars–hardly justifying any savings gained by lax AML protocols. Second is the harm to a bank’s reputation for failing to comply with regulations. If a financial institution is revealed to have enabled financial crimes, its standing with the public can be permanently damaged.

Due to increasingly stringent, many banks are turning to digital, AI-based solutions to tackle AML compliance with greater efficiency. Fortunately, today’s financial institutions have more tools at their disposal to confront the ever-growing threat of money laundering, financial crimes, and international terrorism. Embracing the latest security products is a way for banks to lower the costs associated with AML compliance while giving customers a better end-user experience.

Rather than relying on outdated databases or running ID verifications by hand, Integrity by Aristotle offers a powerful suite of identity verification solutions that can be configured to carry out a wide range of functions to help you to prevent fraud and avoid costly regulatory fines. ID-Direct is a web-based solution that allows you to quickly and conveniently authenticate individuals online against our database of government-issued IDs for citizens of 135 countries around the globe. Contact us today to learn how we can help your business build a safe and effective risk-based digital ID verification protocol.