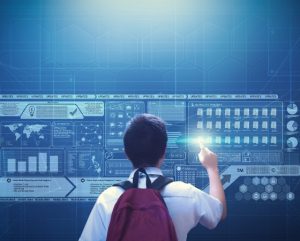 As Facebook presents its advertising reach, people have noticed some interesting “anomalies,” namely the amount of young users that Facebook represents in the younger demographics exceed those represented by the U.S. census.

Why is this important?

In his recent Congressional hearing, Senator Markey ardently questioned Facebook CEO Mark Zuckerberg about the privacy rights of minors. Facebook continues to claim that its users are 13 years of age or older. We know that, in reality, this is not correct. There are millions of under 13 children and minors misclassified as adult millennial users on Facebook. Is this the causality for the over reporting of users in the 18- to 24-year-old demographics and beyond?

When a young child signs up for an account at 10, 11 or 12 years old, what age do they select? Would they likely choose 13-year-old, 16-year-old or 18-year-old date of birth? It is probable that they selected an older DOB in their account creation. This is not a new issue, as was pointed out in the 2011 journal abstract, Why parents help their children lie to Facebook about age, by Danah Boyd, Eszter Hargittai, Jason Schultz and John Palfrey. But even if the age is off by two or three years, using Facebook as an age restriction or even as a different treatment of child privacy from that which is required under The Children’s Online Privacy Protection Act (COPPA) is an issue of the treatment of privacy for child data.

With the explosive growth of Facebook since 2004, this issue will continue to grow as millions of underage profiles “aged” into older demographics and new ones are made. While the journal seems to put the onus on the parent for these profiles, it fails to address the ubiquity of the platform as a way to connect with family members while not addressing the fact that Facebook offers no other option for parents to connect their children with family online.

In 2014, the Atlantic claimed that “one-quarter of the children in the U.S. study reported using Facebook even though it is a social network meant for teenagers and adults. These are the hidden users of social networks, the ones who aren’t supposed to be there — but are. I think of them as “the invisibles”. It wasn’t just 11-to-12-year-olds who were going there; 34 percent of the Facebook users in the study were 8-to-10-year-olds. In the E.U. study, one-quarter of the 9-to-10-year-olds and one-half of the 11-to-12-year-olds were using the site as well: Four out of ten gave a false age.”

What does Facebook claim? Here is a transcript of Mr. Zuckerberg’s and Senator Markey’s back-and-forth on data privacy for minors:

ZUCKERBERG: Senator, yes. As a matter of fact, when you become 13, which is our legal limit — our limit — we don’t allow people under the age of 13 to use Facebook.

SENATOR MARKEY: You earlier made reference to the Child Online Privacy Protection Act of 1999, which I am the author of. So that is the constitution for child privacy protection online in the country, and I’m very proud of that. But, there are no protections additionally for a 13, a 14 or a 15 year old. They get the same protections that a 30 year old or a 50 year old. So I have a separate piece of legislation to insure that kids who are under 16 absolutely have a privacy Bill of Rights, and that permission has to be received from their parents for their children before any of their information is reused for any other purpose other than that which was originally intended. Would you support a child online privacy Bill of Rights for kids under 16 to guarantee that that information is not reused for any other purpose without explicit permission from the parents for the kids?

ZUCKERBERG: Senator, I think, as a general principle, I think protecting minors and protecting their privacy is extremely important, and we do a number of things on Facebook to do that already, which I am happy to…

MARKEY: I appreciate that. I’m talking about a law. I’m talking about a law. Would you support a law to insure that kids under 16 have this privacy Bill of Rights? I had this conversation with you in your office seven years ago, both this specific subject and Palo Alto. And I think that’s really what the American people want to know right now: What is the protections of this? What are the protections that are going to be put on the books for their families, but especially for their children? Would you support a privacy Bill of Rights for kids where opt in is the standard? Yes or no?

ZUCKERBERG: Senator, I think that that’s an important principle and…

MARKEY: I appreciate that.

ZUCKERBERG: … and I think we should…

ZUCKERBERG: Senator, I’m not sure if we need a law, but I think that this is certainly a thing that deserves a lot of discussion.

MARKEY: And again, I couldn’t disagree with you more. We’re leaving these children to the most rapacious commercial predators in the country will exploit these children unless we absolutely have a law on the books. And I think it’s…

ZUCKERBERG: Senator, I look forward to having my team follow up to have my team flesh out the details of it.

One must ask if Facebook really cares about child privacy or would rather monetize them through misdirected adult advertisement. The time is now to address the privacy of minors.