Pornography websites serving the United Kingdom could soon be forced to prove that users are of an adult age under new age verification laws announced by the British Government.

In a statement Monday, the government said that by April 2018, anyone in the U.K. looking to access online pornography will have to prove they are an adult.

Will Gardner, chief executive of internet safety charity Childnet, said the measures would help prevent young people from accessing content that could be upsetting. 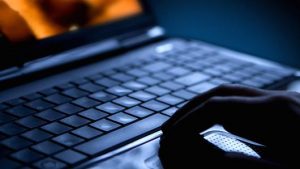 “Protecting children from exposure, including accidental exposure, to adult content is incredibly important, given the effect it can have on young people,” he said in the press release Monday.

A 2016 study by the National Society for the Prevention of Cruelty to Children (NSPCC) said that 48 percent of 11- to 16-year-olds it questioned had viewed online pornography.

The Digital Economy Act is also looking to clamp down on internet bots that sweep up tickets to entertainment events before selling them on at a marked up price.

The Act will set out laws that criminalize more of the current behavior of ticket scalpers.

“The Digital Economy Act is about building a strong, safe and connected economy.

“It will secure better support for consumers, better protection for children on the Internet, and underpin a radical transformation of government services,” the minister added.