A nine-month countdown to the introduction of compulsory age checks on online pornography seen from the UK has begun.

The April 2018 goal to protect under-18s was revealed as digital minister Matt Hancock signed the commencement order for the Digital Economy Act, which introduces the requirement.

But details as to how the scheme will work have yet to be finalised.

The act also sets out other new laws including punishing the use of bots to snatch up scores of concert tickets, and mandating the provision of subtitles on catch-up TV.

The age-check requirement applies to any website or other online platform that provides pornography “on a commercial basis” to people in the UK.

It allows a regulator to fine any business that refuses to comply and to ask third-party payment services to withdraw support.

The watchdog will also be able to force internet providers to block access to non-compliant services. 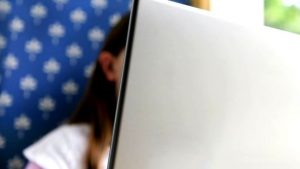 Ministers have suggested one of several ways this might work would be for pornographic sites to demand credit card details before providing any access, since in the UK consumers typically have to be over 18 to have a card of their own.

But the specifics are being left to the as-yet unappointed regulator to determine.

While it has been proposed that the British Board of Film Classification (BBFC) will assume this role, a spokesman for the Department for Digital, Culture, Media & Sport said the appointment would not be formalised until the autumn.

“We are already working closely with DCMS to ensure the effective implementation of the act,” a spoke

The measure has been welcomed by child protection charities including Childnet.

“Protecting children from exposure, including accidental exposure, to adult content is incredibly important, given the effect it can have on young people,” said its chief executive Will Gardner.

But two experts who advised the government on its plans have expressed reservations about both how quickly the scheme is being rolled out and its wider implications.

swoman for the BBFC told the BBC, but added that it was too early to say more about what guidance it might issue.